Please note that some links on our site are affiliate links. If you choose to purchase through these links, we may receive a small commission at no extra cost to you. By using these you are directly supporting The Vanabond Tales to remain an independent travel blog.

When we tell people that we traveled through South America in our van, their first question is often, “isn’t that dangerous?”. While nothing seriously bad ever happened to us while living the van life South America, the potential was always there. We heard plenty of horror stories from other overlanders about the many challenges that they had faced during their travels.

The worst things to happen to us were police bribes, a couple of punctured tires, getting our car stuck in a protest roadblock for 12 days, getting lost in the Peruvian jungle for three days, more punctured tires, getting bogged a couple of times, and some locals messing with us at night. Huh, when you read it back it does sound pretty bad, but honestly, we never felt in any serious danger. We did, however, pick up a few tricks to grease the wheels so to speak for your next overlanding experience.

When we first began our adventure in Chile, I struggled with falling asleep in the van, anxious about our safety. Often I would wake up in the middle of the night thinking someone was lurking about the van. A few months into our trip, we met a German couple that taught us this simple trick. They told us the quickest way to put your anxiety to bed was simply to chat with the locals anywhere you plan on spending the night.

Talking with the locals is good for two reasons. First, it lets you determine if the area is a safe place to stay for the night. Second, it lets the locals know who you are and what you are doing there.

Just think, if you saw a van parked outside or near your place at home. How curious would you be as to who these people were and what they were doing?

By striking up a conversation with locals we found that most people wanted you to be safe. They wanted tourists to feel safe and at ease with their area, and this helped us feel a lot better. Some even came over with coffee or bread to share or offered to let us use their toilets and showers. It is definitely one of our top tips in keeping safe and comfortable while road tripping through South America or anywhere else.

This is a top tip whether overlanding or just traveling in general. Keeping a second wallet with old credit cards and some small change is handy. You can use this to give away during a robbery. Or to show the cops that you have no money for a bribe, which brings us to our next tip…

Police first pulled us up as we were barreling along the Pan-am in Peru. They took one look at Eddie and his blonde hair and fell in behind us to pull us over. So began a protracted pantomime. The officers went through a litany of offenses we had apparently committed.

Between the officers’ limited English and our limited Spanish it took a while to get to the crux of the issue. The issue was that we had racked up a pretty hefty list of fines. But that our ‘Amigo’s’ the police were happy to waive the fines for a nominal cash payment. They even let us name our own price. Unfamiliar with the protocol we hurriedly handed over 50 Peruvian sols or about $15 USD and got on our way.

It wasn’t the last time we were hit up for a bribe. Ecuador was particularly bad, and always the same story. Our tires were bald (in fairness they were starting to get pretty worn). The car would need to be impounded for a month and we would be required to pay a fine of $750 USD. Of course, the cops could also take care of this matter personally with a small donation. In our experience, there are three main ways of dealing with this.

The cops usually started high, really high, one officer asked me for $130 USD in Ecuador. Normally you can work them down to $10 or $20 depending on the individual you are dealing with. It helps to have a fake wallet on hand with a small amount of money. This way you can show them that $20 is all you have. That being said, we did have one particularly aggressive policeman try to persuade us to withdraw more money from an ATM. The pros of this approach are that you can deal with the issue quickly and with minimal fuss.

After multiple shakedowns, we started to get annoyed. We tried arguing with one particular officer and appealing for him to do the right thing but to no avail. We were able to reduce the bribe amount, from $50 to the $20 we had in our wallet. But the longer we argued the more irate and stubborn the cop became. It was pretty clear that most corrupt cops weren’t interested in a couple of gringos getting the better of them.

Surprisingly the most effective way of dealing with a bribe request. One day police pulled us over at a large blockade in Ecuador. A group of three police including one quite senior-looking officer began to run their scam on us. After arguing, begging, and pleading failed to work. I was frustrated enough to cry. So I did. Never have I seen three men more unprepared to deal with a crying woman. They threw our documents back in the car. Then they started singing their personal virtues and virtues of the Ecuadorian police as they hurried us on our way.

The bottom line is, don’t make it too easy for these guys. Make sure you know the requirements and laws in the countries that you drive (be it headlights always on in Peru/Argentina or carrying an emergency kit in Bolivia). Recognize that the police are looking for an easy mark. If you make a bribe more work than it is worth they will likely send you on your way. Feign ignorance, ham up the language barrier (or truly have inadequate Spanish like us).

Realize that they are doing something illegal and they know it. Also, realize that at the end of the day these guys do have the power to make your life pretty miserable and this isn’t a hill worth dying on for $20 USD. If they dig their heels in and the situation is starting to look ugly it might be worth just paying up.

Bonus tip. Corruption works both ways. One day in Ecuador, we spent a few hours trapped behind some slow lorries winding their way down a steep mountain road between Quito and the coast. When the road finally flattened and straightened out, Eddie took the opportunity to overtake the slow trucks. Of course, laying in wait at the bottom of the hill was a cop car. They pulled us over (rightfully so) for overtaking on an unbroken line. Rather than pay a real fine we were able to negotiate a $20 cash payment.

Van Life South America #4 | Drive as the locals do

The locals in South America drive like people possessed. Pulling out in front of you, zipping around curved roads, and nudging their way into teeny tiny spaces is part of the game. If you want to stay safe on the road, you need to drive pro-actively. Do as the locals do and drive boldly.

Drivers are anticipating you merging into that spot that doesn’t exist. They aren’t anticipating you coming to a complete stop and politely and patiently waiting for someone to wave you in. That’s a quick way to being rear-ended. As the saying goes, sometimes the best defense is a good offense. Just remember to be alert to all drivers around you!

As mentioned, South American drivers are fearless bordering reckless, but even they won’t risk barreling around a blind corner without first sounding their horns to alert oncoming drivers. Many a road in South America, especially in the mountains are single lanes, with barely enough room for one car. It is imperative to let people know you are coming. Honk loudly to let other drivers know that you are coming around a dangerous curve. This is a must along any South American mountain road.

Hopefully, these tips and tricks will help you on your van life South America adventure! Let us know if you have any more to add! We would love to hear your thoughts!

Visiting the Valle de la Luna in the Atacama Desert is a truly out of this world experience and feels more like you are on mars or the moon than earth.

Colombian foods are as varied as they are delicious. Each region has it’s own flavours and core dishes. Outside of cities, local restaurants don’t cook much beyond their regional specialties. Because of this focus, restaurants are usually reliable. We found the food in Colombia to be some of our favourite throughout all of South-America.

Traveling to Mexico should be on everyone’s bucket list. And the best way to travel Mexico? In your very own van. But, the difference in traveling to Cancun for spring break and embarking on a Van Life Mexico adventure is huge, and there are some things to know before you go.

Are you dreaming of your very own vansion van conversion? Discover great space saving hacks, ideas and products for van life and van builds.

This Indian-inspired Saag Halloumi is easy, delicious, satisfying and super healthy. It’s the perfect week night meal in the van or at home! 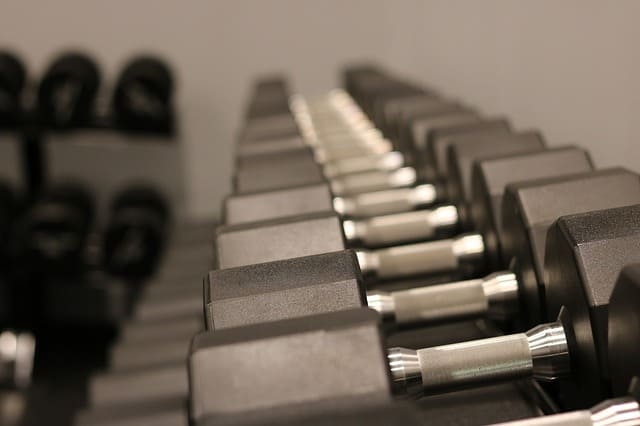 Please note that some links on our site are affiliate links. If you choose to purchase through these links, we may receive a small commission at no extra cost to you. By using these you are directly supporting The Vanabond Tales to remain an independent travel blog.As full-time van lifers, we know how important a…