This beach village is only really reachable if you have your own vehicle. A beautiful stretch of coastline with a wild beach break, dramatic headlands, and gorgeous sunsets. Best of all, there is nobody around to share it with. Our short weekend trip to Arroyo Seco Jalisco was a special time. A time which has left us periodically fantasizing about buying a slice of paradise.

To get to this tiny village, you will need your own vehicle. Two hundred kilometers south of Puerto Vallarta at the bottom of the Jalisco province is the tiny town of Arroyo Seco. Only recently has the road that links the town of Arroyo Seco to the highway been paved. The town’s roads remain dirt and sand. In town, there is a couple of small tiendas selling basic groceries and beers. And the mobile signal is patchy at best.

From Arroyo Seco there are two beaches, Playa Chica and Playa Grande.

Playa Chica is a little less accessible with a narrow sandy road. The low hanging branches impede the progress of larger vehicles. The road comes to an abrupt end on the sandy beach. Here there are no houses, just a single collapsing palapa built right on the beach.

Playa Grande has an avenue of houses right on the beach. The houses, in a variety of styles, sizes and states of disrepair, bring to mind a future where the sea has washed away the million dollar homes of some wealthy coastal community. Amongst the houses, plots of land sit empty or occupied by simple palapas (pavilions made from thatched palm leaves).

We pulled into a grassy beachfront lot on Playa Grande. Fenced but without a gate, we decided to take our chances that the owner wouldn’t be visiting this particular weekend. The lot was bordered by huge palms and an generously sized palapa standing at the edge of the sand.

Already late afternoon, we swam and sat on the beach next to the rocky headland. As we watched the sunset over the sea the clouds caught the light creating vivid purples, reds and oranges as the day faded away. As evening settled in, the clouds that had coloured our sunset rolled into shore bringing with them a summer storm. Rain pelted the coast and lightening periodically lit up the beach, we sat under the palapa, drinking tequila and marveling at the Mexican engineering that was keeping us dry.

The next morning we cooked ourselves our Saturday special, huevo rancheros and coffee, and enjoyed it from our beachfront pavilion. In front of us, a couple of surfers who had emerged from millionaires row battled some choppy swell. We spent the morning swimming, sunning and catching up on some work.

Around lunch, we returned from the beach to find a local sitting under our palapa. Fully expecting him to ask us to move along, we were relieved to find that he was simply retreating from the midday heat. He had been collecting coconuts from the palms that populate this stretch of coast. Offering us a freshly gathered coconut, we sipped on coconut water while we nattered in broken spanglish.

In the evening, we walked down the beach, past the houses, the empty lots, and the palapas on the beach. We walked past the abandoned hotel Tecuan, a hulking sentinel silently overlooking the coast, as the jungle slowly reclaims its decaying bones. We walked over an hour down three beaches. The only other people we saw, a family of four, who had come down to the desolate beach on a single moped.

We turned around as the sun set, and wandered back in the fading light, the brilliant colours on the horizon guaranteeing another evening storm.

This time the storm stayed out at see, putting on another incredible show. We played cards late into the night and discussed various ventures that might bring us back here on a regular basis. The next day Kelli would fly to San Francisco for a month of work and I would begin the drive back to Mexico City, but we would be talking about Arroyo Seco Jalisco for a long time.

Looking for more in Jalisco, check out four beaches in Jalisco for every type of traveler.

Been to Arroyo Seco Jalisco? Share your experience below!

Want to save this post about Arroyo Seco Jalisco for later? Pin it! 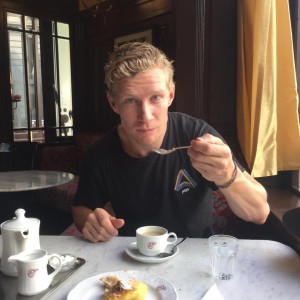 From the wild partier to the lone wolf, there is a beach in Jalisco for everyone. Check out our top beaches for each type of traveler.

The Perfect Gibb River Road Itinerary: Everything You Need To Know Before You Go

The Gibb River Road is one of the premier outback Australia destinations. From gorgeous gorges to pristine waterfalls to the vast savannah and remote bush camping experiences, this Gibb River Road itinerary has it all to help you plan your own Gibb River Road trip of a lifetime!

10 Great Things to Do in Robe South Australia

It is hard to find a more picturesque town on the Australian coastline than Robe in South Australia. This charming beachside town makes for a