Exploring the Spooky and the Unexplained in Southeast New Mexico

Exploring the Spooky and the Unexplained in Southeast New Mexico

Southeast New Mexico is arguably one of the more well-known places to explore the unknown in America, though, many people would not know it. This area is home to the famous UFO sightings outside of Roswell, NM as well as the Carlsbad Caverns which boast over 120 miles (190 kilometers) of explored and documented caves. Driving south from Santa Fe towards the Mexican border, we knew that we could not miss the opportunity to visit these [REDACTED] places.

Roswell in New Mexico is the site of the famous UFO sightings and subsequent government cover up in the late 1940s. There are many different versions of the story but the gist is that a man found debris of unknown origin and materials. He informed the local authorities who quickly removed the debris never to be discussed again. If you are into conspiracy theories then Roswell should definitely be on your list of places to visit. If you are not, you should still visit. Not being well versed in the mysteries of Roswell myself, I loaded up on podcasts for the 4 hour journey down from Santa Fe. By the time we arrived, I knew at the very least that this place would not disappoint. And it didn’t.

Roswell has unabashedly embraced the extraterrestrial legends and conspiracies for which the town is known. Restaurants to mechanics include aliens as part of their signage or as art work on their windows inviting locals and visitors to engage their services. The McDonald’s is shaped like a UFO saucer and alien lamp posts dot the main street downtown. The homage paid to these extraterrestrial beings is light-hearted, fun and inspiring. The idiosyncrasy of the town is contagious. So much so that we would be annoyed when we noticed large corporations not joining in on the fun (lookin’ at you Subway). My one gripe is that their appeared to be no extraterrestrial cafe. Where is the restaurant serving the green slime milkshake or alien burger?

Tick off some of the kitschiest and best bits of Roswell by visiting:

While driving down Route 66 (as you do), I googled the things to do along this famous drive. I stumbled across the Carlsbad Caverns but being over four hours off the route I dismissed the idea. Unbeknownst to me, we would drive just 30 miles from the caverns and on a recommendation from my mother we embarked on a detour.

There are two reasons to visit the Carlsbad Caverns. One being the caverns themselves and the other being the bat flight. Both are spectacular in their own right and well worth the visit.

The Bat Flight at Carlsbad Caverns

The bat flight was one of the more unique experiences that I have had. Each year thousands of Mexican (Brazilian) free-tailed bats descend into the cave for the summer (April/May to October/November). Just as dusk is beginning to take hold, the whole colony emerges from the caverns in a swarm.

Coming up from the cavern, the bats fly in a circular pattern similar to a swarm of bees. The speed of the bats and sheer number at times made it impossible to see individual bats but only a black vortex. You begin to notice a slight smell wafting through the air, not quite terrible but not rosy either. You then faintly hear the beating of wings or rather the bats flying into each other as their ability to control their flight pattern leaves something to be desired.

As they rise from the vortex the bats begin to embark on their nightly feeding, but rather than dispersing across the sky they form a snake like pattern venturing off into the distance. The bat flight is impressive and even more so as the bats emerging from the caves can sometimes last hours. It is truly a sight to be seen.

The FREE flight program begins at 19:30 with a brief presentation on the bats and the bat colony within the cave by a ranger. During which you learn interesting facts about these tiny mammals and the caves they call home. The bat flight itself starts at dusk or really whenever the bats decide to fly. Make sure you sit towards the front for the best views in the house.

The caves themselves are incredibly impressive in their own right. Entry costs $15 and is well worth it (children under 15 are free). A 1.25 mile (2,000 meter) descent is required to reach the largest cave dubbed “The Big Room”. With capacity to fit over 400 football fields it is an endless wander through stalagmites, stalactites, columns, straws (aka, a baby stalagmite).

Wandering through the caves Eddie and I both stopped often to awe and to wonder what it would have been like to have been Jim White, to first discover the caves. Climbing down into an abyss where you could not see your hand in front of you and shining a torch over these marvels of nature would have been surreal (and maybe a bit scary). Even today the grandness of nature stops you in your tracks, mouth agape at its beauty.

Make sure to bring your walking shoes as “The Big Room” itself is a 1.5 mile loop. You can take an elevator down and up, but most prefer to hike down and lift up. Or you can combine your visit with your daily fitness routine and hike back up the 1.25 mile route back towards the visitor center. Visit the park website to find out the visiting hours.

We decided that despite being quite a trek off Route 66, visiting this natural wonder is a must.

Where to Stay in Roswell, New Mexico

If you are overlanding you can stay in the Bottomless Lake State Park for a fee. If you are not into paying for accommodation, head over to the Walmart. It is a common camping ground for overlanders. When we stayed there were three other campers. Plus, the Walmart stays open 24/7 so if you are without a toilet like us it is a bonus.

There are a lot of common hotel chains in Roswell with none being overly fancy or looking too run down. Take your pick of the lot unless you want to stay at the Roswell Inn which might not be a great hotel but they are really embracing the alien vibe.

Where to Stay in Carlsbad?

Camping overnight in a vehicle is not allowed in the park (backwood camping is allowed). If you are overlanding, however, then take the BLM 772 just on the left prior to reaching the national park coming from Carlsbad. It is a dirt road with plenty of places to pull off to sleep for the night. Make sure to go over the hill for the best views and more privacy.

Same goes for Carlsbad. Standard hotel chains dot the main road as you enter the city. The city itself is approximately 30 minutes from the caverns.

Exploring southeast New Mexico is not high on everyone’s radar, but it is worth the visit. Surprisingly entertaining and beautiful beyond measure, you can find something for everyone. Let us know if you agree and hopefully you will enjoy these amazing places. 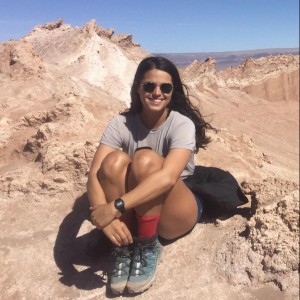 A 24 hour guide with 8 cool things to do in Santa Fe New Mexico, this hot spot on America’s culinary and cultural map Santa